*Free of the 8 common food allergens as defined by the FDA.

Meat processing has been an important industry in Smithfield. Around the 1920s, each town had freezer storage lockers where residents stored their meat. The Smithfield Ice Co., owned by Andrew Gamet and Harry Griffiths, provided for Smithfield’s needs. The company sold block ice and freezer space. The Meikle brothers, Don, Jack, and Keith, recognized the need for a local slaughterhouse, so they built a two-room building at 288 East 200 North in Smithfield. They slaughtered the animals in that building and then took the meat to the Smithfield Ice Co. for cutting, packing, and refrigerating. Later, the Meikles purchased the Smithfield Ice Co. and built a public locker and meat market. They continued their business until 1942, when they sold the meat market and lockers to Jack Allsop and Leigh Bair. 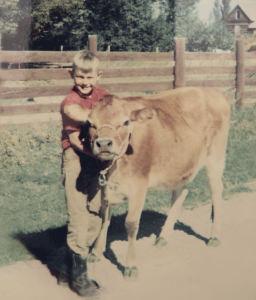 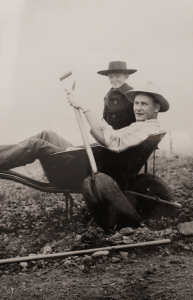 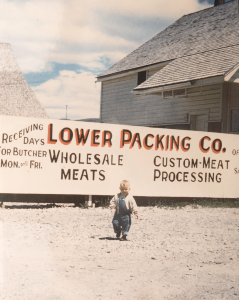 Russel Lower began his slaughtering business around the same time as the Meikles. ln 1929 , when times were hard and jobs were scarce due to the depression, Russel decided to try an independent venture and began purchasing veal calves from farmers throughout Cache Valley. He slaughtered the animals in a small building near the canal at 31 South 100 East in Smithfield. To process the animals, Russel used the barns at his homes: the first was at 245 West 200 South,and the second was at 297 South 300 West. He then refrigerated the meat with block ice that was purchased from the Smithfield Ice Co. and marketed the meat to the Modern Sausage Co. in Salt Lake City, which was owned by the Smoke family. Russel later began doing custom slaughtering, where he either went to the farmer’s yard and slaughtered there or brought the animal to his slaughterhouse.

Almost every home had a pig or a cow in the backyard, so there was great demand for Russel’s service. However, as the Utah Department of Agriculture’s meat inspection laws became more stringent, Russel changed occupations and began raising mink. Russel returned to the slaughtering business about 1941. For a short time, he rented the Meikles’ slaughterhouse. He then purchased the property at 375 East 200 North and built a three-room slaughter plant, complete with a new, refrigerated, cooler room. Russel named the plant the Smithfield Abattoir (French for slaughterhouse). Animals were processed, chilled, and delivered to various locker plants throughout Cache Valley. The slaughter plant was later sold to Reeder and Reese, who continued these services. 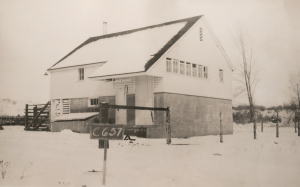 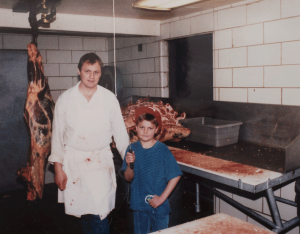 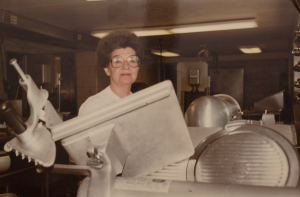 In November 1956, Marilyn and Larry Lower (son of Russel) purchased the Smithfield Abattoir from Reeder and Reese. The Lowers changed the company’s name to Lower Packing Co. and created a new slaughter business, designed for the home-freezer era. Lower Packing offered a complete custom meat service, including picking up, slaughtering, cutting, wrapping, quick-freezing, and curing. They also made sausage, jerky, roast beef,Swiss steak, and smoked turkey for retail sale. As Larry and Marilyn’s four daughters and two sons came of age, they assisted their parents in the work at the processing plant. 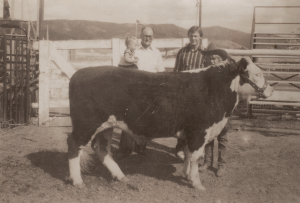 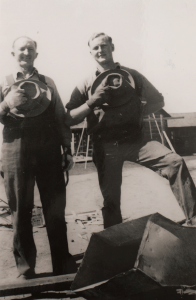 At the beginning of 1990, Lower Packing Company was one of four meat-packing plants in Cache Valley. Customers came from northern Utah, southern Idaho, and Wyoming. The Lowers primarily processed beef and pork, although they did process some lamb. But as eating habits changed and more women worked outside the home, Lower Packing Co. needed to change. Lower Packing Co. became Lower Foods, Inc., and the operation was moved to Richmond, Utah. The company currently manufactures cooked deli meats, roast beef, pastrami, corned beef, prime rib, and smoked turkey and ham, which are sold wholesale throughout the inter-mountain region. Recently, Lower Foods, Inc. opened a small retail outlet for their products at the Richmond plant.

Lower Foods continues to be a family enterprise. Alan Lower, a son, has worked for many years with his parents in the progression of the company. When Larry passed away in January 2001, Alan and his mother, Marilyn, continued the operation at the Richmond plant. Alan’s sons, Chad and Lee, also work at the plant, making the business a four-generation enterprise.

QUALITY IS OUR PASSION.

Lower products are all quality oriented and use only the finest raw materials.  Old world workmanship and cooking methods guarantee

repeat sales. These are truly consistent quality products you can be proud to provide to your customers.